It is exciting times in the oil and gas industry, as Australian Prime Minister Malcolm Turnbull actioned a temporary measure for all Australian liquefied natural gas (LNG) companies to limit overseas exports.

This measure that will take effect from July 2017, has shifted Australian energy demand from gas exportation to shoring up local gas supply – with the focus on facilitating lower domestic energy prices.

The incredible growth in natural gas supply across Australia has definitely played a major factor, on top of new gas pipeline infrastructure being promoted by the Australian Government. Energy production rose by 4 percent in 2014-15, supported by growth in gas production and increase in renewable energy demand.

Australia’s gas production (LNG and domestic use) increased by almost 30% in 2016, it has more than doubled in the last decade. It is no surprise then to see the expansion of Arrow Energy’s Tipston gas project in Surat Basin, on top of more pipeline infrastructures being built in Bowen and Galilee Basins. 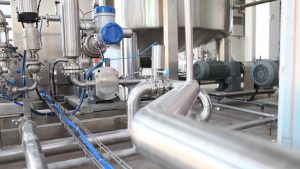 This new-found determination to create new gas pipeline infrastructures to increase domestic supply and meet local energy demand is a welcome change to grow the industry. It is becoming evident as Anthony Lynham (QLD Natural Resources Minister) is liaising with the Federal Resources Minister to procure additional support for the funding of new gas pipelines development.

BLJ has been involved heavily in various construction and maintenance of gas pipeline projects across Australia – we are looking forward to this positive development in the industry. If you have any inquiries regarding our services, do call us at 07 3245 2203 or get in touch with us.

Gas to flow to industry on 2021 from Chinchilla project (IQ)

We look forward to working with you.

For more information on our services, please fill out the form and one of our team members will be in touch.

About Us
News
ISO Certified